Masaedo’s mission and unique objective is to add value to the excellent products of the region of Trás-os-Montes. Located in Macedo de Cavaleiros, it is here that the optimization of the goods produced is optimized.

It was from the fourteenth century that Masaedo first appeared in documents such as Macedo de Cavaleiros. It is probable that the fact that its granaries were knights was at the origin of this additive.

Undoubtedly the growth of the old settlement of Masaedo must have been enormous between the beginning of the eighteenth century and the second half of the nineteenth century, going from a simple “quinta” to county seat and village.
The 13 of May of 1999 is voted in the Assembly of the Republic the elevation of Macedo de Cavaleiros to the category of city. 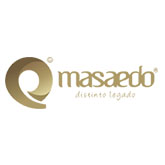