We are a Cooperative of Fishing Producers of the Siege of Sardine. With the entry of Portugal into C.E.E. on 1 January 1986, there was a need to establish a Cooperative of Sardine Fish Producers from the Port of Matosinhos to bring together all the fishing trawlers from the sardine fence, known as Propeixe O.P. (Organization of producers), which was formalized in December of the same year. In the creation phase of this Cooperative 70 fleets of sardine fishing were part of the fleet. The idea of forming this cooperative came from the need to:

– Focus on a fleet of one activity with common interests.
– To face the new challenges that would come with the entrance in C.E.E.
– Resolving structural problems that were already felt and which would certainly be sharpened by the opening of borders. 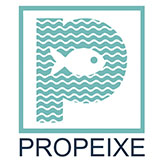